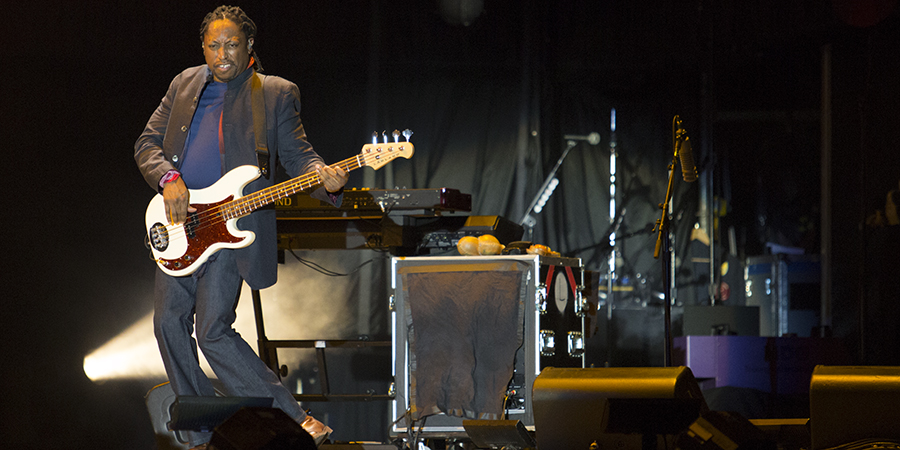 After years supporting musical greats, Darryl Jones brings his own soulful roots rock to the stage, showcasing original songs and deep covers. His music tells stories from growing up on the South Side of Chicago and has influences from James Brown to Curtis Mayfield to the Beatles, as well as the legendary musicians with whom he has shared the stage. His impressive international touring and recording career began at age 21, with jazz icon Miles Davis. Gigs with Sting, Herbie Hancock, Peter Gabriel, Eric Clapton, and many more followed, and since ‘93 Jones has been the bassist for the Rolling Stones.  Playing alongside such diverse artists has provided profound musical insight and inspiration which can be heard in the unique sound of The Darryl Jones Project.